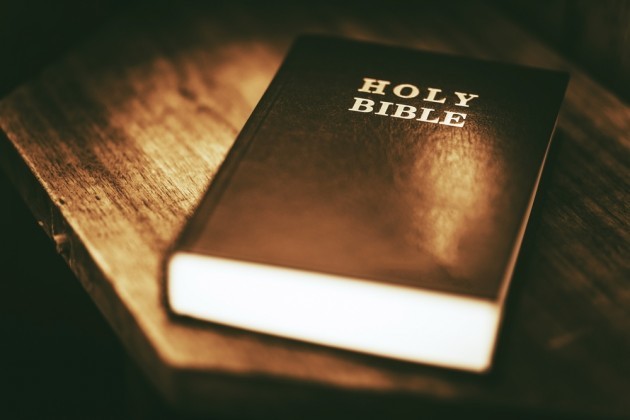 In short, we do not teach these five points because we believe they contradict the teaching of the Bible. We will explore each of these individually. For each point, I will share the traditional definition and then contrast with the belief of Missionary Baptists.

“Also called ‘radical depravity’ and ‘total inability,’ this point means that every person is corrupt and sinful throughout in all of his or her faculties, including the mind and will. Thus, no person is able to do what is truly good in God's eyes, but rather, everyone does evil all the time. As a result of this corruption, man is enslaved to sin, rebellious and hostile toward God, blind to truth, and unable to save himself or even prepare himself for salvation” (traditional definition).

We as Missionary Baptists believe in the total depravity of man. “For all have sinned, and come short of the glory of God” (Romans 3:23). “If we say that we have no sin, we deceive ourselves, and the truth is not in us” (1 John 1:8). However, at the point of salvation, our spirit is made sinless even though our minds and bodies are still in sin. “Being then made free from sin, ye became the servants of righteousness” (Romans 6:18). “For he [God the Father] hath made him [Jesus Christ] to be sin for us, who knew no sin; that we might be made the righteousness of God in him” (2 Corinthians 5:21).

“Election means ‘choice.’ God's choice from eternity past, of whom he will bring to himself, is not based on foreseen virtue, merit, or faith in the persons he chooses but rather is unconditionally grounded in his own sovereign decision” (traditional definition).

We as Missionary Baptists do not believe in unconditional election. This seems to relate to the “Irresistible Grace” below, but relates more to the fact that anyone can be saved. It has nothing to do with a list that God put together before he created the world. The belief of unconditional election would imply that God chooses some people over others, but the Bible teaches the opposite. “Then Peter opened his mouth, and said, Of a truth I perceive that God is no respecter of persons” (Acts 10:34).

“Whosoever therefore shall confess me [Jesus] before men, him will I confess also before my Father which is in heaven. But whosoever shall deny me before men, him will I also deny before my Father which is in heaven” (Matthew 10:32-33). “For God so loved the world, that he gave his only begotten Son, that whosoever believeth in him should not perish, but have everlasting life” (John 3:16). “And it shall come to pass, that whosoever shall call on the name of the Lord shall be saved” (Acts 2:21). “To him [Jesus] give all the prophets witness, that through his name whosoever believeth in him shall receive remission of sins” (Acts 10:43).

We as Missionary Baptists believe in Unlimited Atonement. “For the love of Christ constraineth us; because we thus judge, that if one died for all, then were all dead: And that he died for all, that they which live should not henceforth live unto themselves, but unto him which died for them, and rose again” (2 Corinthians 5:14-15). “By the which will we are sanctified through the offering of the body of Jesus Christ once for all” (Hebrews 10:10).

“Also known as ‘effectual grace,’ this doctrine does not hold that every influence of God's Holy Spirit cannot be resisted but that the Holy Spirit is able to overcome all resistance and make his influence irresistible and effective. Thus, when God sovereignly purposes to save someone, that individual certainly will be saved” (traditional definition).

We as Missionary Baptists do not believe in irresistible grace. We believe that a person convicted by the Holy Spirit can either accept or reject Jesus Christ as Savior and Lord.

When Peter preached to the multitudes, the people were convicted by the Holy Spirit, were saved, and baptized. “Now when they heard this, they were pricked in their heart, and said unto Peter and to the rest of the apostles, Men and brethren, what shall we do? Then Peter said unto them, Repent, and be baptized every one of you in the name of Jesus Christ for the remission of sins, and ye shall receive the gift of the Holy Ghost. For the promise is unto you, and to your children, and to all that are afar off, even as many as the Lord our God shall call. And with many other words did he testify and exhort, saying, Save yourselves from this untoward generation. Then they that gladly received his word were baptized: and the same day there were added unto them about three thousand souls” (Acts 2:37-41).

When Stephen preached, the people were once again convicted by the Holy Spirit, but they were not saved. Instead, they stoned and killed Stephen for his preaching. “When they heard these things, they were cut to the heart, and they gnashed on him with their teeth. But he, being full of the Holy Ghost, looked up stedfastly into heaven, and saw the glory of God, and Jesus standing on the right hand of God, And said, Behold, I see the heavens opened, and the Son of man standing on the right hand of God. Then they cried out with a loud voice, and stopped their ears, and ran upon him with one accord, And cast him out of the city, and stoned him: and the witnesses laid down their clothes at a young man's feet, whose name was Saul” (Acts 7:54-58).

Perseverance of the Saints

“Also called the ‘preservation of the saints’ or ‘eternal security,’ the fifth point teaches that those whom God has called into communion with himself will continue in faith until the end. Those who apparently fall away either never had true faith to begin with or will return. This is slightly different from the ‘once saved, always saved’ view prevalent in some evangelical churches in which, despite apostasy or unrepentant and habitual sin, the individual is truly saved if he or she had truly accepted Christ in the past; in traditional Calvinist teaching, apostasy by such a person may be proof that they never were saved” (traditional definition).

We as Missionary Baptists believe that once you are saved, you are always saved. To say that one could loose his or her salvation is to say that Christ doesn’t have the power to keep us. We are not responsible for keeping our salvation (and thank the Lord for that). That responsibility belongs to Christ. “My Father, which gave them me, is greater than all; and no man is able to pluck them out of my Father's hand” (John 10:29). Works are not required for salvation. “Knowing that a man is not justified by the works of the law, but by the faith of Jesus Christ, even we have believed in Jesus Christ, that we might be justified by the faith of Christ, and not by the works of the law: for by the works of the law shall no flesh be justified” (Galatians 2:26). However, we learn in the Book of James that our works demonstrate our faith. “Even so faith, if it hath not works, is dead, being alone. Yea, a man may say, Thou hast faith, and I have works: shew me thy faith without thy works, and I will shew thee my faith by my works. Thou believest that there is one God; thou doest well: the devils also believe, and tremble” (James 2:17-19).

We use God’s word, the Bible, as our infallible guide for our faith and practice. “All scripture is given by inspiration of God, and is profitable for doctrine, for reproof, for correction, for instruction in righteousness: That the man of God may be perfect, throughly furnished unto all good works” (2 Timothy 3:16). Any teaching that is derived from the tradition of men is always overruled by the truth of the Bible. “Beware lest any man spoil you through philosophy and vain deceit, after the tradition of men, after the rudiments of the world, and not after Christ” (Colossians 2:8).